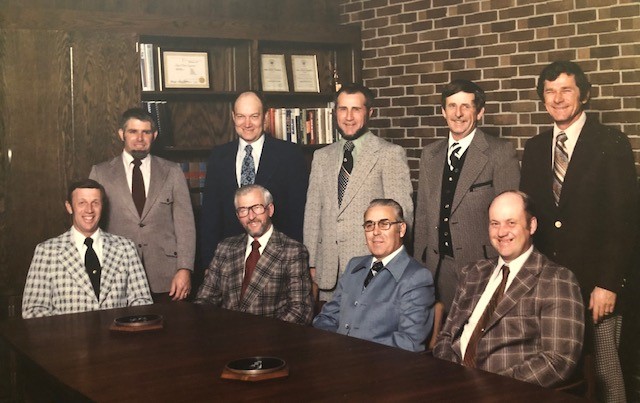 LSRWS was legally organized in 1970, but planning and organizing began many years prior to that, when a group of farmers saw the need for safe and plentiful water. In some cases, private wells were so contaminated with nitrates, bacteria and other substances that the water was dangerous to human and livestock health. In other cases it was simply the lack of supply of water.

The Board then selected Riter and Henneberg, a law firm, and the engineering firm of DeWild Grant Reckert and Associates Company (DGR) to prepare a preliminary feasibility study. The study was approved by the Board, forwarded to FmHA along with a request for funding for construction of the System. There was a final signup campaign when members were asked to pay an additional $210 membership fee. DGR then conducted a water exploration program, designed the system and prepared final plans and specifications. In 1974, construction was set to begin and the Board hired their first manager, Jerry Cook, to oversee the construction of the System. Water first began flowing through the pipes in 1975.